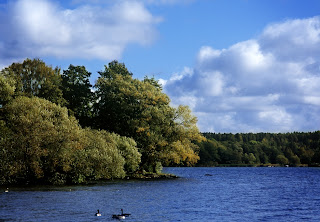 An Eco-municipality and a Fairtrade City
As an Eco-municipality for over 16 years, Sigtuna ensures a high priority is given to environmental and conservation issues. In 2008 Sigtuna also joined The Swedish Energy Agency’s program for a Sustainable Municipality, which works to systematically integrate the energy perspective into the daily work of the community which in turn reduces the environmental impact necessary for a sustainable society

Since 2010, Sigtuna is also a Fair-trade City, like the cities Rome, London and Brussels for a fair and ethical consumption. This means that the municipality and a great number of shops and businesses operating here live up to the Fair-trade requirements for ethical procurement and supply of ethically labeled products.

Ten green minutes away
Across the municipality are valuable grazing lands, important aquatic environments, vast areas of forests, parks, and also plenty of 1000 year-old runic stones and historical cultural buildings. Many of these areas are protected in nature reserves. ‘No one should be longer than ten minutes walking distance away from a green area.’, is a stated motto in Sigtuna and one which the community works to protect.

Arlanda’s environmental efforts applauded as world-leading
Sigtuna is the proud home municipality of Sweden’s largest airport, Stockholm Arlanda Airport, which works in various fields to minimize the adverse environmental impact of its operations. Reduced carbon dioxide emissions is one of the areas the airport is most focused on – since 2004, net emissions of carbon dioxide have been cut by more than half. In 2010, the airport was the world´s first airport awarded the ACI prize. The ACI is Europe’s newly established environmental prize for outstanding achievement in environmental performance and innovative approaches to environmental management.

First climate neutral destination
Sigtuna is Sweden’s fourth largest hotel destination in terms of hotel nights. Sigtuna’s hotel and conference facilities have’ in different ways’ been working with sustainability for a very long time. In 2010 they took a unique joint first step towards sustainable tourism and climate neutrality for the entire destination. Sigtuna is thus, the first destination in Sweden to move towards a net carbon dioxide emission that is equal to zero. Now Sigtuna has challenged Sweden´s three largest cities – Stockholm, Gothenburg and Malmö, to follow their lead.

Unique Water Park
In the heart of Märsta, you can find Scandinavia’s first biologically cleansed outdoor water park. There isn´t a drop of chlorine in any of the four well-visited pools. Through a naturally inspired system of ponds, plants, rocks and gravel, the water is filtered and sent back fresh and clean.

Ecological Award
The Ecologistic Award was initiated by DHL Global Forwarding and issued annually by the Arlanda Logistic Network.This award acknowledges and rewards a significant and innovative environmental logistics work, a collaboration between two or more parties in the Arlanda area. In 2010 the award was given to Stockholm Arlanda Airport’s taxi system. By giving precedence to cars that run on green fuel, Stockholm-Arlanda has reduced its carbon dioxide emissions by thousands of tones since the taxi system was introduced in March 2010.

Green integration at Skalmsta
At Skalmsta Gård, a farm situated close to Arlanda, hard work goes into creating and offering a way for people who have immigrated to Sweden to find a way to work and explore the countryside. Skalmsta Gård works as an incubator for new products, new experiences and new companies that come from rural areas. Skalmsta welcomes all who have new ideas and experiences within the rural area.  This is a place where those who are new to Sweden can test their ideas, find a market, build their own network and get involved with organizations that can help develop their ideas.